(HARRISBURG) – A group of Senators highlighted their ongoing efforts to better educate the public about potential amendments to the Pennsylvania Constitution during a news conference at the Capitol today.

Lawmakers approved three potential amendments to the Constitution that will appear on the ballot for voters in the May 18 election, including one question to prohibit discrimination based on race or ethnicity and two questions designed to improve the way the state responds to future emergencies.

Senator Ryan Aument (R-36) and other lawmakers have created a webpage to better explain what the proposed amendments would accomplish, including sections on each individual ballot question, opinion editorials from around the state, and an explanation of why it’s important to limit executive power so the branches of government can work together to protect communities, families, and businesses during statewide emergencies.

They are also continuing to share materials through social media, traditional media, and other outreach efforts to ensure voters understand what a YES vote means.

“The Wolf Administration’s efforts to obscure the wording of these amendments and confuse voters is disappointing,” Aument said. “However, no matter how these ballot questions are worded, voters will still have the final say in whether they want stronger safeguards in place to support our local communities, secure our children’s education, and protect the livelihoods of millions of Pennsylvanians.”

Aument also touted the success of the Joint COVID-19 Vaccine Task Force, to which he was appointed in February 2021, as a real-life example of how bipartisan, collaborative efforts improve outcomes.

“Bringing more voices – including dissenting voices – to the table has undoubtedly contributed to a more thoughtful, responsive, and successful vaccination strategic plan,” said Aument. “The progress of the task force model clearly demonstrates that we can respond to a crisis in real-time, and improve outcomes, when the Governor and General Assembly work together. This is why we need these amendments to restore the balance of power in government and provide clear avenues for us to work together to the benefit of the people of Pennsylvania.”

Pennsylvanians can learn more about what a YES vote means at https://issue.pasenategop.com/ballot-question/. 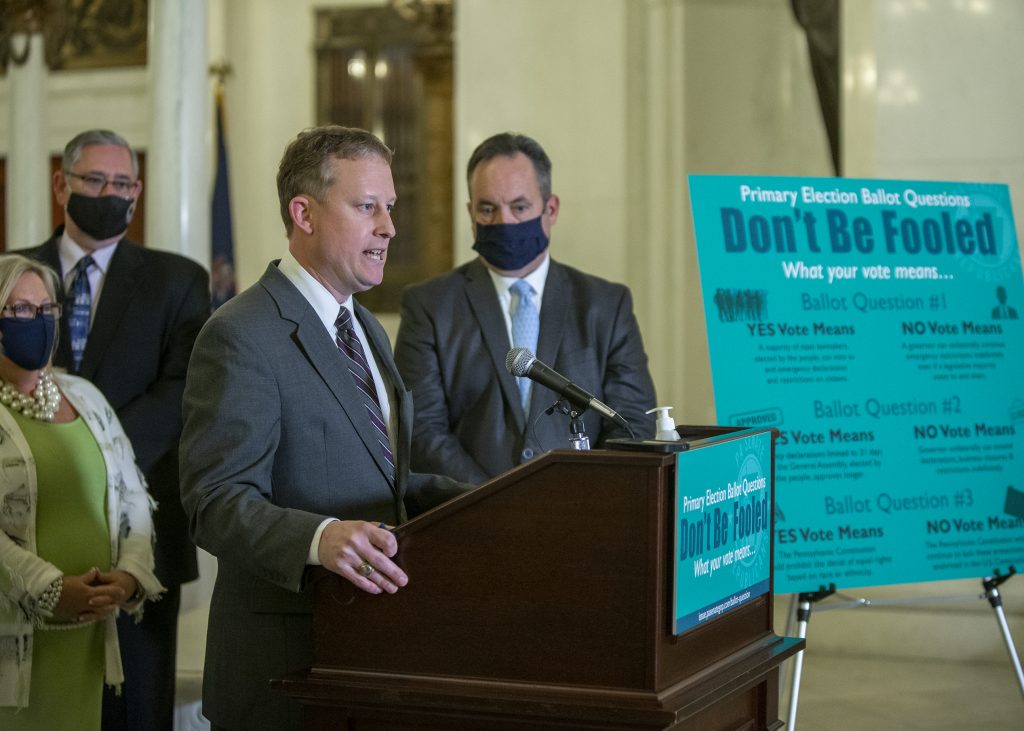 Aument touts the success of the Joint COVID-19 Vaccine Task Force as evidence demonstrating that Pennsylvania would benefit from constitutional amendments to restore the balance of power in state government and allow the Governor and Legislature to work collaboratively during emergencies.