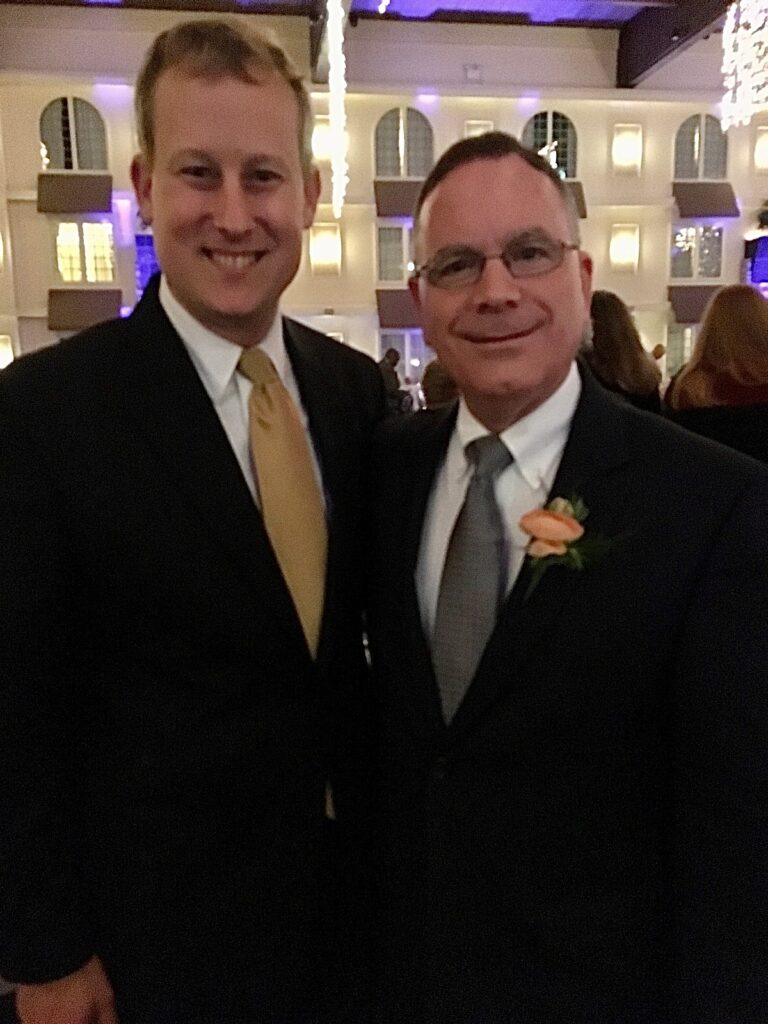 Aument & Hickernell at his daughter Jessica’s wedding in 2016.

(HARRISBURG) – In response to the news that Representative David Hickernell (R-98) does not intend to seek reelection for his House seat after 20 years of public service, his longtime friend and colleague, Senator Ryan Aument (R-36), issued the following statement:

“David Hickernell truly embodies what it means to be an exemplary public servant. His work ethic is unmatched, and he always focused his efforts on how to achieve the best outcomes for his constituents in Lancaster County. He never sought the limelight or attention, but instead concentrated on results, regardless of who got the credit. He is an incredibly accomplished and well-respected legislator.

“On a personal level, Dave is more than just a colleague – he’s a mentor. I have benefited tremendously from Dave’s advice and friendship. He was the first one to call me and encourage me to run for Clerk of Courts back in 2007. He supported me for State House in 2010, and again in 2014 when I first ran for the Senate.

“His integrity is admirable and beyond reproach. He has always conducted himself with fidelity and continually places the people of Lancaster County first when making decisions in Harrisburg.

“I want to extend my congratulations to Dave on his tremendously accomplished career and a much-deserved retirement.”