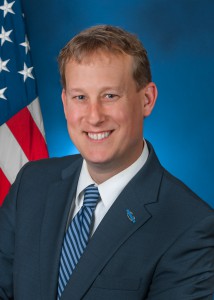 After two productive terms in the state House of Representatives, Senator Ryan P. Aument was selected by voters in November 2014 and again in November 2018 to represent northern Lancaster County residents in Pennsylvania’s 36th Senatorial District. He was elected by his colleagues to serve as part of the Senate Republican leadership team as Caucus Secretary, where he is responsible for leading the Senate’s review process of nominations for a variety of different Cabinet positions, as well as numerous boards and commissions.

Throughout his legislative career, Ryan has been a strong advocate for government transparency, accountability, and reform. As a state senator, Ryan played a key leadership role in establishing the Office of State Inspector General for the Commonwealth of Pennsylvania. Through legislation signed by Governor Wolf as Act 29 of 2017, the Office of State Inspector General is tasked to “deter, detect, prevent, and eradicate fraud, waste, misconduct, and abuse in the programs, operations, and contracting of executive agencies.” Such an office helps to hold the executive branch and executive agencies accountable for their actions and decisions and allow for transparency and accountability. He also introduced legislation, signed into law by Governor Wolf as Act 160 of 2018, which promoted stronger restrictions and penalties on the misuse of the SNAP program across the Commonwealth of Pennsylvania.

During his time as a Senator, Ryan has been proactive in establishing a government that is efficient and sustainable. He is currently participating as chairman of the Nuclear Energy Caucus to establish sustainable energy measures in both nuclear energy and other forms of energy. He previously served as Chair of the Senate Education Committee and the Senate Communications and Technology Committee. Ryan also supports transformation of legislative benefits to reflect those available in the private sector.

Before his election to the state House, Ryan served as the Lancaster County Clerk of Courts, where he was responsible for maintaining criminal court records. He gained insight into state government while serving as the chief of staff for Rep. Bryan Cutler. He also gained experience working with a legislative body as a member of the Quarryville Borough Council.

Ryan served as a captain in the United States Army during Operation Iraqi Freedom, briefly commanding an infantry company of 150 soldiers after his company commander was wounded in action. He also served on battalion staff as a civil affairs officer. During his military career, Ryan earned several awards, including the Bronze Star Medal, Army Commendation Medal, Army Achievement Medal and Army Parachutist Badge. After returning from Iraq, he applied the skills he learned in leading a unit as a shift manager and production supervisor for ICI Paints. He is a graduate of The Citadel military college in South Carolina.

Ryan resides in West Hempfield with his wife, Kate, and their children, Jack and June. He is a member of the Mountville VFW Post No. 8757, the Lancaster County Career & Technology Foundation, the Lancaster County Metropolitan Planning Organization, the Pennsylvania State System of Higher Education Board of Governors, the Pennsylvania Higher Education Assistance Agency, and Grace Church at Willow Valley.